Menu
Log in
Register
Navigation
Install the app
More options
Close Menu
You are using an out of date browser. It may not display this or other websites correctly.
You should upgrade or use an alternative browser.

Continued working in the garden. Planted the radish, cilantro & both red/green bunching onions, then formed the rows for the remaining seeds.

Ordered another year's worth of HVAC & refrigerator filters since inflation is going up & the supply chain is so messed up.

Since my back is sore, I decided to process more pears because Mrs. Ranch is going to make a couple of pear pies & I don't want her touching our stash until she has to... We've had the largest pear yield ever this year. I've already dumped 2 tractor loads (about 16 cu.ft.) into the hole at the back of the property.

Welcome to USSA.......What a difference a year of America haters being in charge makes......It's not going to get better under the current government.......

Titus Bass said:
Welcome to USSA.......What a difference a year of America haters being in charge makes......It's not going to get better under the current government.......
Click to expand...

I am seriously worried about how this is going to effect my business. I already have not been able to get the premium plywood I use. It has been out of stock for 6 months. So, I've been making due with lesser grades. But if other components become unavailable, its going to shut me down. Well, that's their plan after all... Choke us any way they can.

^^^ Let's hope that it doesn't come to that. ^^^ I'm waiting for the working people to rise up. History has proven many times before that even heavily armed governments are afraid of the hoards armed with nothing more than garden implements.

The fact is, all politicians live in a dream world. They all want to believe that when things reach a tipping point & go from being merely crappy for the masses to dangerous/socially destabilizing, that they’re somehow going to know about that shift ahead of time. Any student of history knows that’s not the way it happens. Revolutions come gradually & then suddenly one day, somebody sets himself on fire, then thousands of people are in the streets & before you know it, the country as a whole rises up. They will not be able to predict when, nor will they be able to stop it... It will certainly be terrible for everybody, but especially for them. That’s the way it always happens.

On a somewhat related subject:

I fully expect American Airlines pilots to join in. A big percentage of commercial airline pilots are former military pilots. That group of people carry a strong disposition toward the principles of patriotism, service, liberty & freedom.
Last edited: Oct 11, 2021

I hope it catches on like a wildfire. It's just the start.....you can't keep pushing and tromping on folks......When we finally get pissed fur will fly. The left thinks they have the upper hand......Most of them could not make it a month trying to survive.....and I mean survival type survive. Eating things they would never put into their mouths and not knowing how to find it anyway. Knowing how to find usable water or make it usable. One thing about me and my family.....We are all (i mean everyone) rednecks and know how to stay alive. 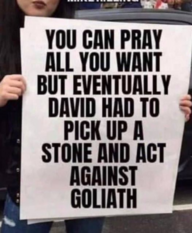 My SERE training culminated in a 60 mile trek across a desert with a feral... Each of us had 1 quart of water, map, compass & a survival knife, that was it... I ate a snake raw. The feral drank his water & was eyeing mine, he almost was on my menu. I still have that knife, it will be be displayed with my ashes along with my helmet... For sure, being a redneck also helped. 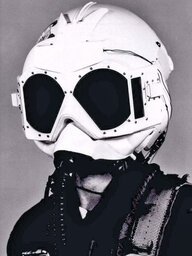 Did some tweaking of my well house project, drilled the mounting holes & started the full weld up. I was unable to finish due to the intermittent rain showers (electricity & water aren't a good mix)...

Finished the welding of the main part of the well house project, then prepped it & a minor part with Ospro. After they were dry, I sprayed 3 coats of rubber bed liner on them. I'll flip them & do the other sides tomorrow (weather permitting).
Last edited: Wednesday at 6:26 PM

Spent the last couple days messing with the pool water on and off. I knew we had iron in our well water but didn't think it was all that bad. Well, the first treatment of chlorine showed me just how much we had. One hell of a chemical reaction, lol! It turned the entire thing a green and brown mess. So, I ordered some stuff called "Metal Out" and added that in yesterday. It did a really good job, turned the whole thing around in under 24 hrs. 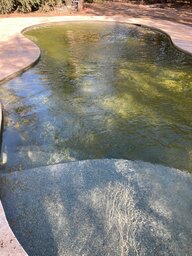 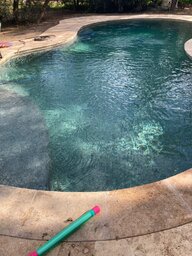 I do, but I did not fill the pool from a line that goes through the softener. I get much better flow from the straight pipe from the pressure tank. Also, Amanda’s pool dudes say not to use water from a softener. I will have to find out why. Seems counterintuitive to me.

Raining hard here this morning, with lots of lightning. Radar shows us under a trough of 'red' so this could last for at least a hour or two. We've received 1.52" thus far.

Since I'm stuck inside, I finally got around to replacing the spark plugs in my Jeep. There's always one that is a pain, but I finally got it out. The road test was good.

The rain stopped long eno8ugh for me to finish spraying the bed liner on the well house project. I'll let it cure for a few days & then I can drill/install the concrete anchors.
Last edited: Thursday at 1:54 PM

Did the weekly shopping.

Treated the fire ant mounds that sprang up in the yard with Bifen.

Prepped 2 spaghetti squash for our supper tonight. Dieter was nor happy about 'donating' them as he thinks they're his, LOL!!!
Last edited: Friday at 5:08 PM

wolffman said:
I am seriously worried about how this is going to effect my business. I already have not been able to get the premium plywood I use. It has been out of stock for 6 months. So, I've been making due with lesser grades. But if other components become unavailable, its going to shut me down. Well, that's their plan after all... Choke us any way they can.
Click to expand...

You may want to stock up... I saw this article this morning:

Aluminum Shortages Next As "Magnesium Supply Dries Up"​

Personally, after reading this article, I believe this is all about the 'green energy agenda' (greenhouse effect/energy crisis/climate change/ESG).

China is biggest producer of magnesium (~ 80%), then you have Russia/Israel/Kazakhstan/Brazil/Serbia/Ukraine. The U.S produces around 5%. One of the most used routes for producing magnesium is via the Pidgeon process (the pyrometallurgical route that is very energy-intensive)... that process has a high greenhouse gas -emission compared to other metal production processes.

In addition, there can't be a shortage of silicon. We make it from sand & the last time I checked, there was a lot of sand on planet earth. However, it does take some serious energy to make it. Silicon is the seventh most abundant element in the universe and the second most abundant element in the earth's crust. Today, silicon is produced by heating sand (SiO2) with carbon to temperatures approaching 2200°C.

Cold front blew in last night, so it was kind of cool today (74 degrees) a beautiful day for shredding.

Picked some peppers. The hot ones are making all of a sudden. 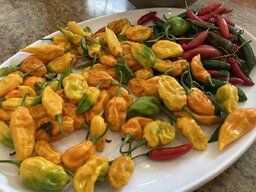 Another beautiful morning, a perfect day for pouring concrete. A couple of friends came over & it was knocked out in a little over a hour without even breaking a sweat, LOL!!! We're still waiting on the new underground propane tank to arrive... I hope it gets here soon as the price of propane goes up almost daily. 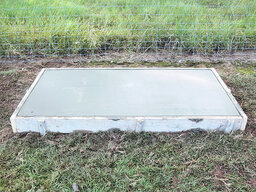 ​
Watered the garden & spider plants/hanging baskets on the back porch.

Took down 4 more hummingbird feeders & cleaned them for storage. Most of the remaining birds headed south when the front blew in a couple of days ago..
Last edited: Sunday at 5:24 PM

When are y'all planting onions this year? Looks like they may be able to go in a little earlier than usual.

I'm waiting on the feed store to get their shipment of yellow granex in (which is normally the 1st week of Nov.).

I have already planted the seeds for the white & red bunching onions which Mrs, Ranch prefers for salads & Pico De Gallo.

Removed the forms from the concrete pad we poured yesterday.

Put the hummingbird feeders away for the season.

Cleaned the wasp trap for storage until next season.

Treated the fire ant mounds in the rest of the yard.

Cleaned my sunflower seed bin & dumped another sack into it.

Well, I just ordered my onions. Earliest ship date is mid Nov so I guess I don't have a choice.
You must log in or register to reply here.
Share:
Email
Top